A group of 14 students has been praised by the Corby, Oundle and Thrapston School Sports Partnership for officiating at a major competition. 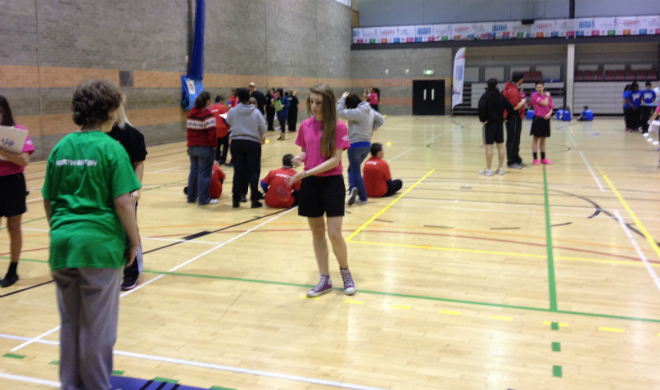 A group of 14 students has been praised by the Corby, Oundle and Thrapston School Sports Partnership for officiating at a major competition.

The Year 8 students acted as Young Leaders during the Projectability Sportshall event at the Northamptonshire Winter School Games this week.

They refereed, scored and assisted disabled primary and secondary students at the event and afterwards members of the Corby, Oundle and Thrapston School Sports Partnership tweeted their thanks to our Young Leaders.

PE teacher Louise Feeley said: “Our students were brilliant at the event. They worked with about 50 students and they were incredibly helpful.

“They supported the competitors and encouraged them.

“Lots of the schools were very complimentary about our students at the end of the event.”

The Young Leaders officiated at a number of events, including speed bounce, ball throw, sprinting, the standing long jump and indoor javelin.

Our school also had a team competing in the Winter School Games.

Our Year 7 boys came top in the Corby, Oundle and Thrapston district competition to qualify for the Sportshall Athletics event at the county’s Winter School Games.

Miss Feeley said: “It was a huge achievement for our boys to qualify for the Games in the first place.

“It was a tough competition and they showed great team spirit. We're very proud of them.”