A student has combined two of his passions to make an amazing creation. 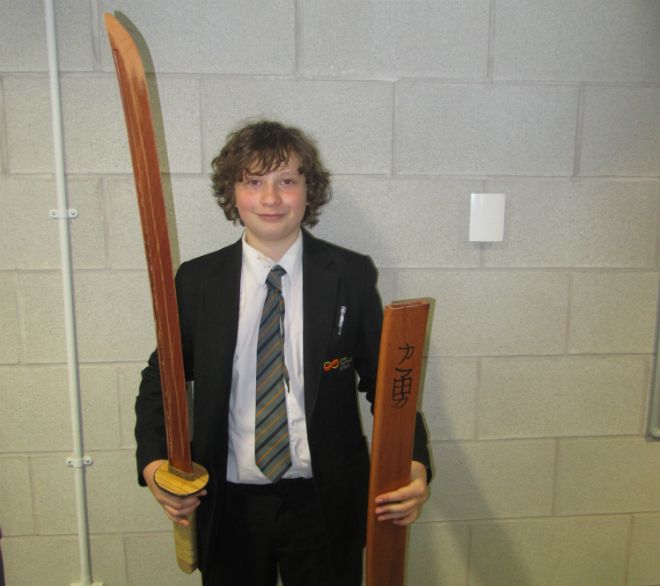 A student has combined two of his passions to make an amazing creation.

Year 8 student Zac was inspired by his love of carpentry and his interest in history and Ancient Japan to make a large samurai sword and scabbard out of wood.

He spent three weeks making the sword and scabbard at home with his dad Jon, who is a carpenter, before bringing it into school to show staff and students earlier this month.

Zac, 13, said: “I’ve been helping Dad out with woodwork since I was about three and I’ve always enjoyed it.

“I’m also really interested in history and in particular Ancient Japan so I thought it would be fun to make a samurai sword.

“It was hard to cut out the shape and when I’d finished making it I then had to varnish it and allow it to dry.

“It’s now hanging up in my bedroom at home.”