21-07 Athletes are among the best in the county

Some of our students have been recognised as being among the best young athletes in the county. 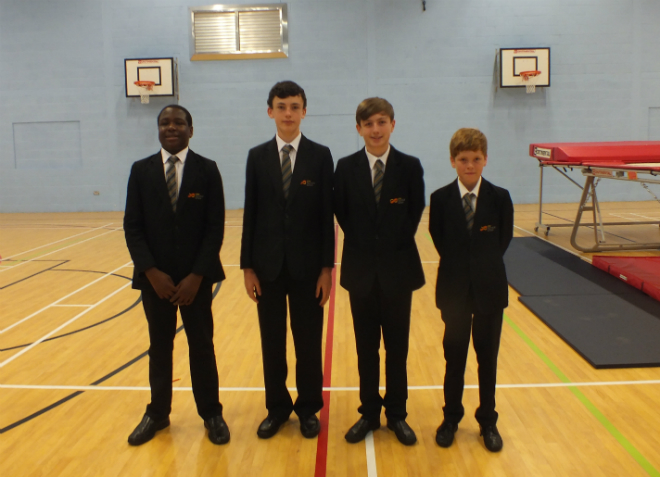 Some of our students have been recognised as being among the best young athletes in the county.

Rhys, Jordan, Shaun and Drew all made it through to the county athletics championships this summer.

They all performed well and Rhys, Jordan and Shaun went on to secure places in the regional championships after winning golds, silvers and bronzes in their disciplines.

Rhys qualified for two events after he came first in the county in the 200m and second in the 4x100m relay.

He said: “It felt great to know I was the best at the 200m in the county. I didn’t expect to do so well and I was delighted when I finished first.

“I’ve been training twice a week with Corby Athletics Club to get ready for the regional finals.

“It’s the first time I’ve made it into the county or the regional finals and I feel nervous and excited about the next event.”

Jordan came second in the long jump with a jump of 4.40m.

He said: “I was really pleased with my performance during the competition because my personal best is 4.50m.

“The person who came first did so with a distance of 4.47m which has given me confidence because I know that I am able to beat that.

“It was the first time I have ever made it into either the county or the regional athletics competition.”

He said: “It will be the second time I’ve made it into the regional finals and I’m really looking forward to it.

“I’ve been putting in a lot of extra work to get ready for it.”

PE Teacher Louise Feeley said: “All our students who made it through to the county finals were amazing.

“We’re very proud of them all and we’re thrilled that Rhys, Jordan and Shaun have made it through to the regional competition.”

(Pictured above are our talented athletes)