Our young bakers were praised for the high quality of their food during the first ever Brooke Weston Trust Bake Off final. 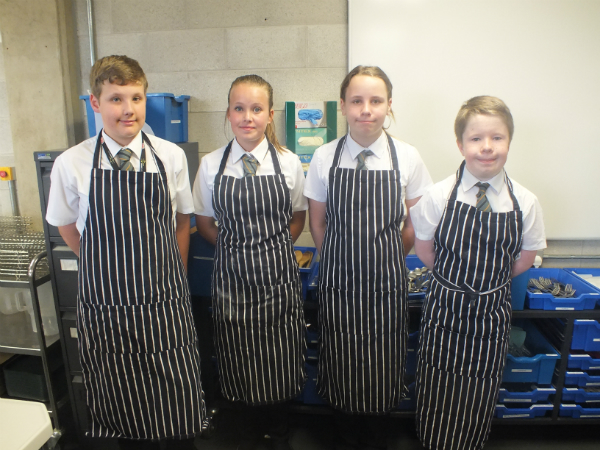 Our young bakers were praised for the high quality of their food during the first ever Brooke Weston Trust Bake Off final.

Joe, Leonie, Alex and Aaron made it through to the last stage of the competition after taking part in six baking masterclasses and six baking challenges to find the very best bakers in our school.

During the final last Thursday they faced students from four other schools and worked as a team to produce an afternoon tea for six people in less than five hours.

The competition was incredibly close and even though our bakers did not win they received praise from professional chefs and fellow competitors.

Corby Business Academy Restaurant Manager Chris Lapsley, who launched the trust-wide competition, said: “It was a pleasure to spend time with the students from all the different schools during the final.

“All the finalists worked really hard and the standard of every afternoon tea was exceptionally high.

“Each school came up with a different menu so there was a lot of variety.”

CTS Receptionist and Administrator Tracy Keogh has mentored our bakers throughout the competition and accompanied them to the final.

She said: “Our students performed brilliantly.

“They have worked so hard throughout the competition, they supported one another really well at the final and they produced some fabulous food.”

(Pictured above are Joe, Leonie, Alex and Aaron)