A teenager from our school has been ranked the 5th Best Scooter Rider in his age group in the UK. 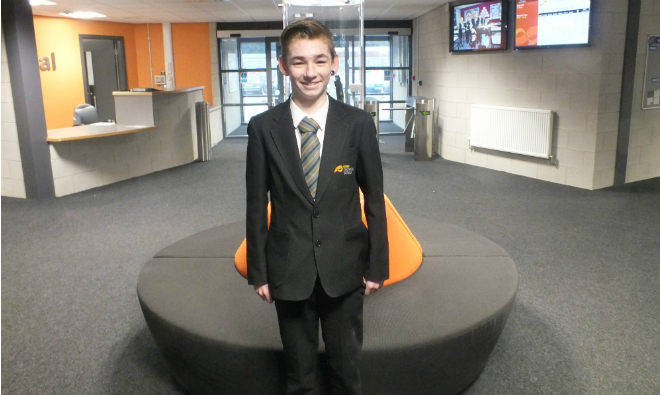 A teenager from our school has been ranked the 5th Best Scooter Rider in his age group in the UK.

Year 9 student Ashley, 14, took up the sport in 2014 and is currently ranked 5th in the UK Skate Hut National Rankings for the Novice Open category which is for competitors aged from 14 to 16.

He has taken part in competitions across England, Scotland and Wales and his biggest success to date was coming 3rd in a major competition in Dunbarton.

Ashley said: “I only started entering competitions about four months ago and I’m thrilled to be ranked 5th in my age group already – it’s brilliant.

“My biggest achievement so far was coming third in a big contest in Dunbarton because some of the best scooter riders in the country were there and the competition was very tough.

“I want to keep attending competitions so I can get better and better. I would love to take up the sport professionally when I’m older.”

Ashley trains every day at Adrenaline Alley in Corby and occasionally at the Terminal 1 Skatepark in Melton Mowbray.

He also coaches a group of scooter riders between the ages of seven and 13 at Adrenaline Alley.

He added: “I love coaching. I really enjoying showing the students how to do things and teaching them new skills.”

To see a video of Ashley in action click here