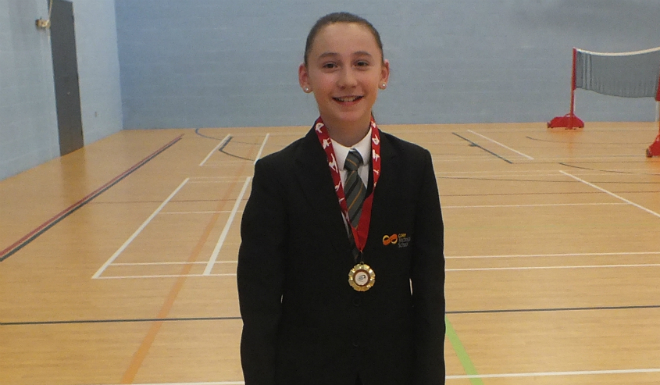 Year 7 student Caitlin, 11, won the 12 and Above category at Corby Gymnastics Academy’s recent club competition and she won Bronze in the 11-12 Years category of the Level 8 County Floor and Vault competition.

Caitlin faced tough opponents in the club competition during which she was judged on her overall performance on the floor, vault, bars and beam.

She said: “I was really happy to win because I was up against two other 11-year-olds and two 13-year-olds.

“I thought the 13-year-olds were going to win so it was great when I found out I had won.

“I’ve been training with Corby Gymnastics Academy for about four years and I’ve won 14 medals.”

Caitlin trains at the academy five hours a week after school.