A sell out theatre of 450 people was wowed by our young student musicians at the first ever BWT Music Concert. 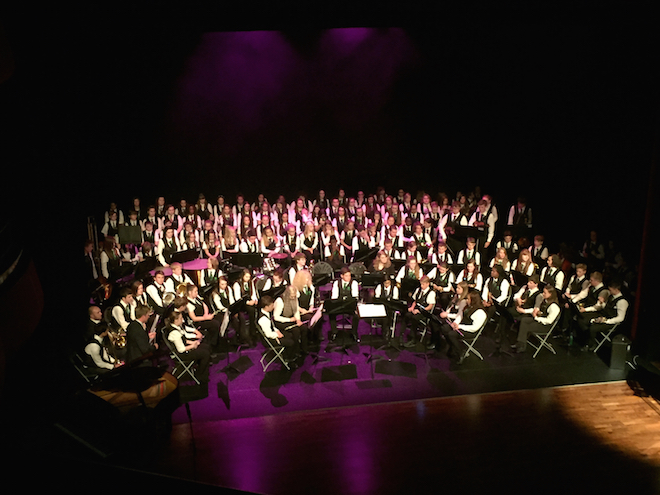 A sell out theatre of 450 people was wowed by our young student musicians at the first ever BWT Music Concert.

Talented musicians from all five of the Brooke Weston Trust secondary schools, including Corby Technical School, gathered together to form a combined band and choir as part of the Music for Stage and Screen Concert which was staged at The Core Theatre in Corby last night.

They performed classic songs such as Puttin’ On the Ritz and I’ve Got Rhythm as well as some more recent songs from Disney shows and popular culture.  There were also solo performances from four students and professional cornet player Ben Godfrey was the Guest Soloist.

The event was co-ordinated by CBA Director of Music Clive Wears along with music staff from the other Trust schools.

CEO Andrew Campbell said: “At a time when the curriculum offer in many secondary schools is under so much pressure, events like this provide a strong reminder of the vital place for the arts in education. A place that must be protected and nurtured, both for the good of the spirit and as a powerful force for community.”