An inspiring footballer has begun working with our students to help them become good role models for sport. 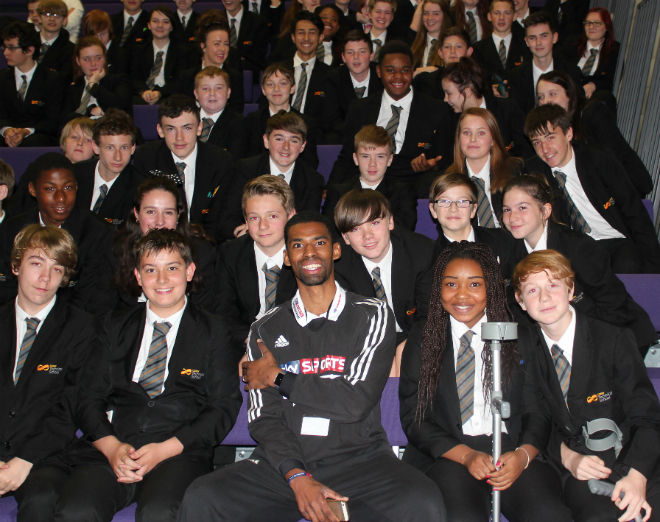 An inspiring footballer has begun working with our students to help them become good role models for sport.

Alistair Patrick-Heselton visited our school for the first time last month as part of his role as an Athlete Mentor for the Sky Sports Living for Sport programme.

“He did two assemblies during his visit and then spent time working with our young coaches.

“The students who have been selected for the programme were thrilled to be part of it.”

Year 9 student Tia is one of our young coaches.

She added: “Alistair was very friendly and easy to work with.

“He talked to us about team work and I’m really looking forward to him coming back and working with us again.”