11-11 CTS is successful at Dodgeball Tournament 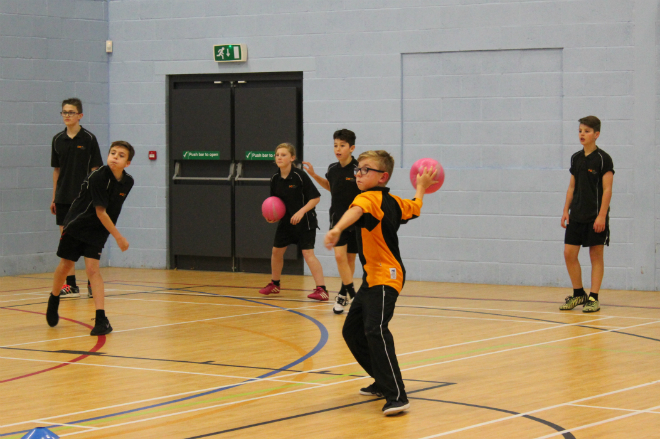 We hosted the event for the first time this year and our players won the B Section of the competition.

CTS PE Teacher Dan Rogers said: “We were very honoured to host the tournament and our players performed incredibly well.

“For some of our students it was the first time they had represented our school and they were all fantastic ambassadors for the school.”

CTS Year 8 student Owen was part of our winning B Section team and received our B Team Player of the Tournament award.

He said: “I was a bit nervous but we came up with a strategy to win our games before we started playing.

“I’m really proud that we won our competition.”

Our A Team Player of the Tournament award was presented to Year 8 student CJ.

The other schools that entered the tournament were Corby Business Academy, Brooke Weston Academy and Lodge Park Academy.

Brooke Weston Academy won the A Section of the competition and will go on to the District Finals.

To see more pictures from the tournament click here