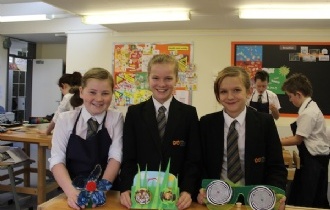 Students have demonstrated their talents in the STEM (Science, Technology, Engineering and Maths) subjects by earning a prestigious award. 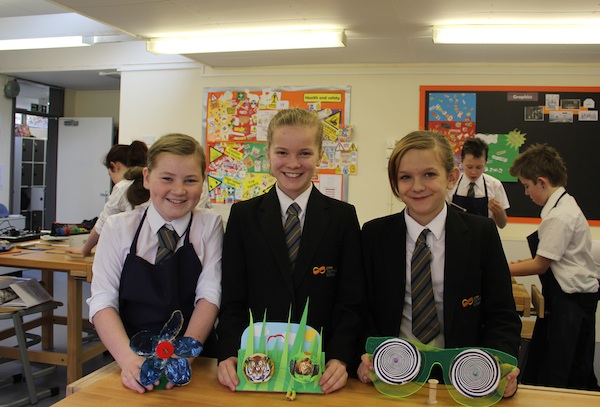 Students have demonstrated their talents in the STEM (Science, Technology, Engineering and Maths) subjects by earning a prestigious award.

All students who completed the project received the British Science Association’s Bronze CREST award after being assessed by external moderators.

They have been working hard over this term to complete their projects, which were based on one of three areas; kinetic design, traffic management or garden design.

Many original ideas were produced by our students, who were praised by STEM Coordinator Julie Messenger, when she visited with her team on December 12th.

She told students: “Your ideas were excellent and we have come across some truly outstanding work. What has impressed us is the way you have all been able to talk so well about your projects and explain the processes you has gone through.”

Dmitrijs Gnennijs, used the laser cutting equipment to create his intricate model, which moves coins through a series of boxes.

He said: “I have really enjoyed the project; from the start, which involved some YouTube research down to the making of the paper model and then the final designed.

“I have learned a lot and my favourite part was using the laser cutter.”

Shannon Park, said: “The assessors asked us how we came up with the idea and then asked a number of questions about what we had learned.”

The 10-hour project involved researching an idea and then creating a prototype. Students also had to produce written evidence of how their invention would work.