06-01 Footballer returns to work with our young coaches 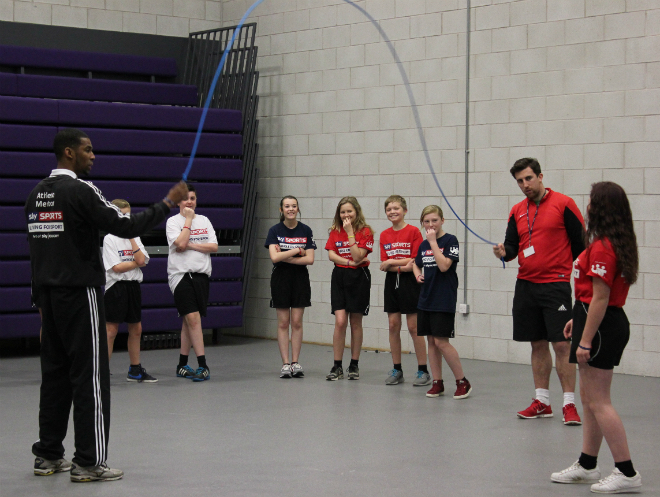 Alistair Patrick-Heselton visited us again at the end of last term as part of his role as an Athlete Mentor for the Sky Sports Living for Sport programme.

He gave an assembly and worked with a group of our Year 8, 9 and 10 students to help them become good sports coaches.

“During his latest visit he did an assembly for the whole school, took part in a question and answer session and worked with our young coaches.

“He was fantastic with the students and they responded very well.”

During his visit Alistair went through Sky Sports Living for Sport keys to success which are mental toughness, hunger to achieve, people skills, sports and life knowledge, breaking barriers and planning for success.