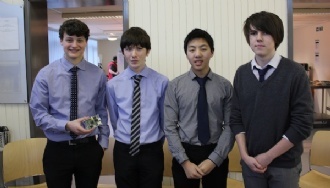 Our students were given an insight into their studies of the future, when Sixth Form students from Brooke Weston Academy gave an assembly. 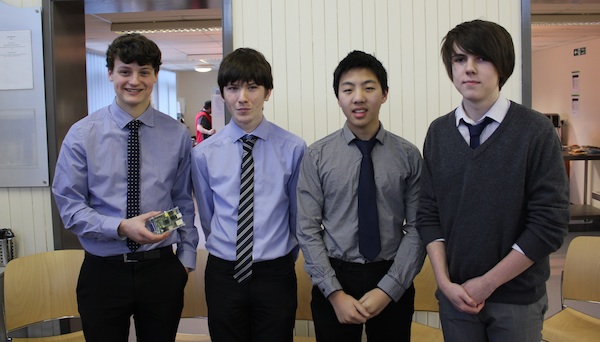 Our students were given an insight into their studies of the future, when Sixth Form students from Brooke Weston Academy gave an assembly.

Having just completed their Bronze Crest Awards last term, our Year 7 students were shown the engineering projects of two teams of students who are currently working toward their Gold award.

As part of the Engineering Education Scheme each student has to devote 100 hours to the project and the Sixth Formers showed that they have come up with some innovative ideas.

One team is working on a method of data transfer using a Raspberry Pi (programming system) with a touch screen for the production process at of a Corby based car manufacturer, while the other team talked about their ideas for road safety improvements for a local primary school.

Jessica Christensen said: “I liked the way the team used the Raspberry Pi as a tablet device.”

William Foster said: “It really inspired me to take part in the EES scheme when I am older.”

Principal Angela Reynolds said: “Our students have just completed the CREST Bronze award so it was good to see the high levels that they can aspire to when they reach the Gold level.”