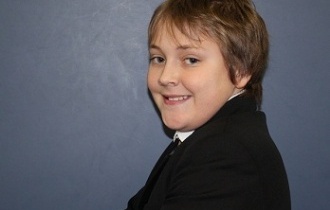 Matthew Malone will be treading the boards in a production of a West End Classic.

The student will be donning rags and eating gruel when he joins the gang of orphans and pickpockets in Oliver.

The production is being staged by the Corby Amateur Theatrical Society (CATS) at the Corby Cube from May 29th to June 1st.

This will be the first big stage performance by the student who has previously acted in primary school productions and sung with a choir.

He said: “I went for an audition and sang Consider Yourself. I was delighted when I found out I had a part as a workhouse boy.

“Apparently there are going to be a lot of quick changes, as we will take on the roles of pickpockets and orphans.

Matthew is currently rehearsing every Sunday and hopes the role will be a step on his way to following in the footsteps of his favourite actors David Tennant and Matt Smith.