Our students had a fantastic time during our latest trip to France. 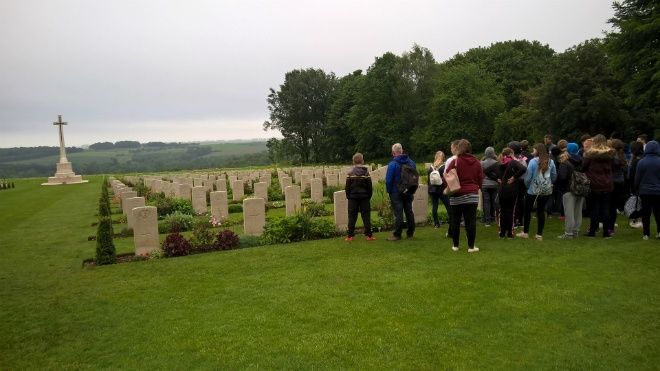 Our students had a fantastic time during our latest trip to France.

A group of 40 Year 8 students visited Normandy last week to learn about French culture and history.

Vice Principal Linda Arnold said: “It was a fantastic trip.

“We began by visiting the Nausicaa Centre which was a lovely way to start the trip.

“We visited Berck where the students had the chance to try out their French language skills and do some shopping at a traditional French market.

“We played rounders on the beach and took part in a walking tour of Rue.

“Towards the end of the trip we also visited the Somme Battlefields which was particularly moving as we were conscious that it will be the 100th anniversary of the battle next month.

“We went to the Thiepval Memorial to the Missing of the Somme Battlefields which bears the names of more than 72,000 people.

“The students looked for their own surnames and it was surprising that we could find even the most obscure British surnames there.

“The students were very well behaved throughout the trip and we were very proud of them.”

To see more photographs from the trip click here