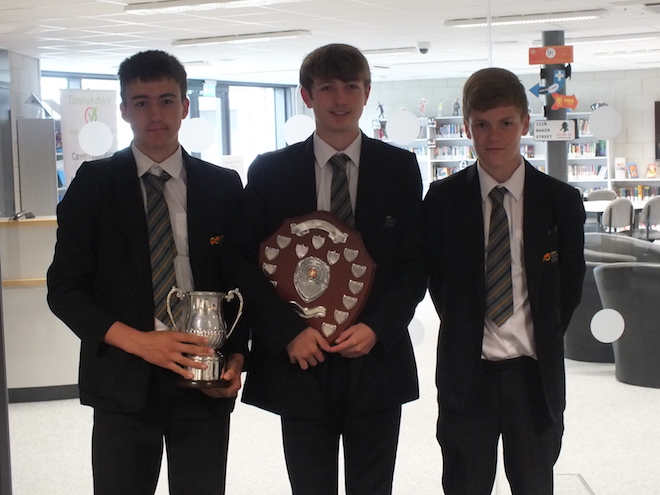 Year 9 footballers Joe, Jordan and Drew have won the County Cup, the League Cup and the Weetabix League Cup with Corby Diamonds.

The brilliant team also made it through to the last 16 in the Aces National Cup where Jordan was the team’s top goal scorer.

Jordan said: “We expected to do well in the tournaments because we have been unbeaten for so long.

“I think it was also good for us to get a slight knock at the national competition though because it has made us want to try even harder.”

(Pictured above are our brilliant footballers Joe, Jordan and Drew)