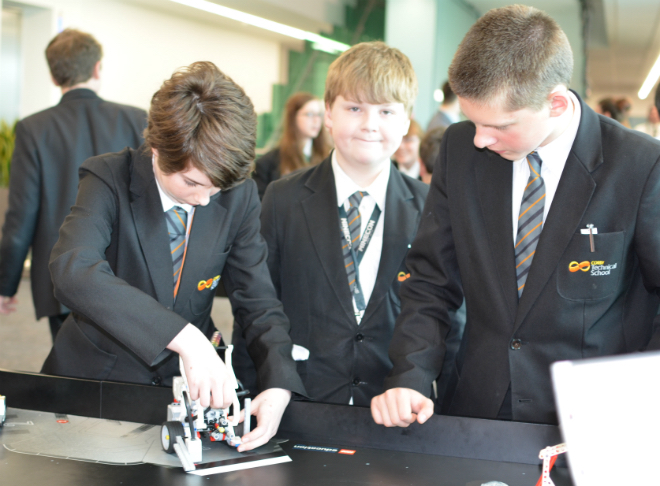 Our team beat schools from all over to the region to make it through to the national final at the Ricoh Arena in Coventry where they won an award for Teamwork.

CTS Teacher Rob Cooper said: “We are so proud of our students for winning this national award.

“To achieve it they had to complete a task where they were divided into two teams that each had to build a robot.

“They were not allowed to look at each other’s robot but had to communicate what they were doing clearly enough so that they both ended up making the same robot which would be able to complete a task they had been set by the organisers.

“The students were so excited that they had done so well in the contest.”

The national final also included a robotics section, where our students scored 37 out of 40, and our students had to give a presentation on how humans can survive in space.

Our team of engineers will enter the first Lego League tournament next year.

(Three of our engineers at the regional final)