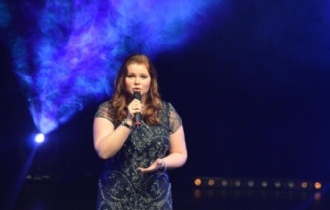 CTS student has been announced as the winner of the Northampton competition for her phenomenal voice.

The CTS student has been announced as the winner of the Northampton talent competition for her phenomenal voice.

Kara battled against 11 competitors for one of three places in the grand final, which took place on 4th June at the Spinney Theatre in Northampton. She stole the show by singing Leona Lewis’ cover of ‘Run’. She performed in front of a live audience and judges which consisted of Northampton's Rising Star producer and organiser Tommy Gardner, Strictly Northampton's Beth Marshall, Miss Galaxy England Stefanie Williams and the winner of BBC Let it Shine Sario Solomon.

Organiser and judge Tommy said: 'When Kara started singing so softly at first but then out of nowhere she came through with such a powerful voice. It blew the judges away.'

Kara said: 'When they read out my name I burst into tears. I was speechless. The other acts were amazing and I didn't think I stood a chance. I am really happy to have won. It will help get me name out there. I want to sing in the West End someday. I just love making that connection with the audience.

'I want to thank my mum and dad for supporting me, as well as Terry Meechen, Paul Balmer and the Travers Foundation for everything they've done, and Julie Riley for encouraging me to enter Northampton's Rising Star.'