Sport and physiotherapy are just some of the careers that our students are aspiring to now they have got their GCSE exam results.

Sport and physiotherapy are just some of the careers that our students are aspiring to now they have got their GCSE exam results.

Aaron Tamplin , who achieved strong passes in his core subjects along with two As, three Bs and two Cs, said: ‘ I want to do biology, chemistry, physics and psychology at A Level and then I would like to study physiotherapy at university. From a young age I wanted to be a doctor but then I have a big passion for football so I thought by being a physio, I could work in football and with sports injuries.’

Football also is in the pipeline for Jake Walpole who got strong passes in core subjects, two Bs and four Cs.  He said: ‘I am going to do a football scholarship in Kettering. I will be doing three A Levels and playing football every day in partnership with Kettering Town, a team I play for. I am going to take a range of A Levels but I don’t know yet what career I want.’

Scott Clarke and Bartosz Kusio are both planning to go to university. Scott, who had strong core subject passes and four B grades said: ‘I worked hard for these and got what I wanted. I want to do maths and computer science in Sixth Form and maybe further maths and physics. I eventually want to do something like computer science.’

Bartosz Kusio got strong passes in his core subjects along with an A, B and two Cs, plus other qualifications. He said: ‘I am most happy with my English and IT results. I am coming back to Sixth Form to do engineering, maths and psychology and I am planning on going to university.’

Below from left: Aaron, Bartosz, Jake and Scott. 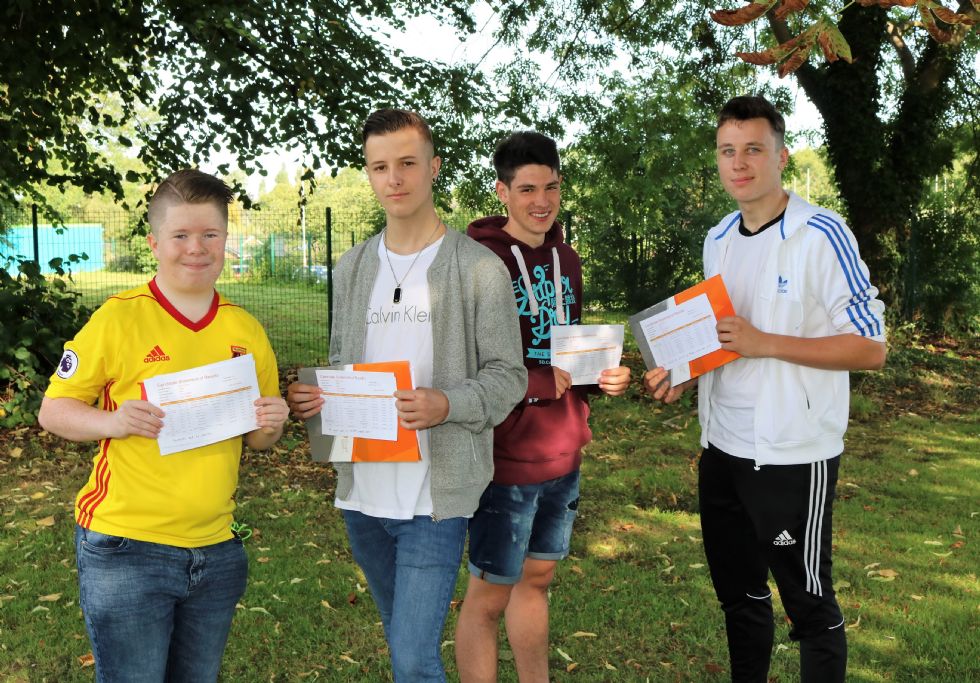