Kara gets her song played on Corby Radio 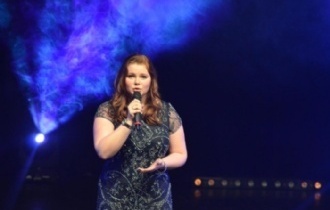 On Friday, Year 12 students, Kara had her first original song ‘You were the one’ played on Corby Radio.

On Friday, Year 12 students, Kara had her first original song ‘You were the one’ played on Corby Radio.

She recently finished writing her song and didn’t know how to go about releasing it as a single. She got in touch with friends who own a company that create the Corby Arts podcasts. They agreed to feature Kara in one of their podcast and paid to record the song and create a music video.

Kara, who recently won Northampton's Rising Star 2017, gathered round with her friends at school at 1.30pm to listen to her track being played on the radio for the first time. She said ‘everyone at school has been really supportive.’

Kara’s video has now received 3800 views on YouTube. She said ‘ It has taken me over a year to write the song which I finished around 1-2 months ago. Now its actually finished, it’s been played on the radio and I have a music video, it all feels very surreal and exciting.

‘I have always had a passion for music and am inspired by my life and feelings. I use music as a way to express myself and would not have got where I am today without the support of my primary school teacher who encouraged me to get up and perform on stage.

‘Since completing the song I cannot stop writing and have wrote three more songs. I now hope to create an album with a mixture of my original pieces and covers.’