A group of Year 9 students from Corby Technical School, who successfully made it onto the newly-formed Brooke Weston Trust elite rugby squad, attended their first training session as members of the team.

A group of Year 9 students from Corby Technical School, who successfully made it onto the newly-formed Brooke Weston Trust elite rugby squad, attended their first training session as members of the team. They will undergo coaching throughout the rest of this year to prepare them to play in the county cup and other competitions against well-established teams. 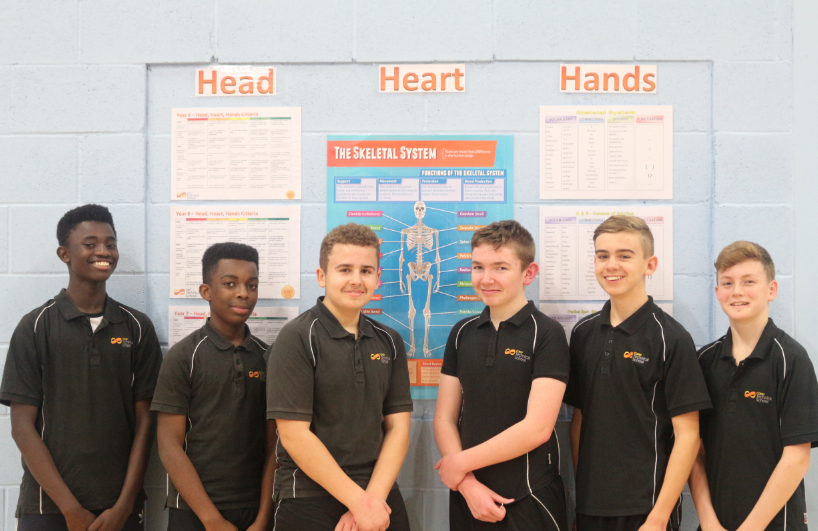 Having been selected for the team based on the skills they displayed at the U14 tournament at Franklin’s Gardens, the students had their first experience as a squad at Kettering Science Academy with a coach from the Northampton Saints. The session focused on all aspects of rugby such as handling, passing, attacking and evasion techniques. This enabled the coaches to gauge the students’ skill levels and split them into forwards and backs to complete more targeted training.

KSA’s PE teacher, Mr Feely, co-ordinated the three-hour session. He said: ‘We recently held a tournament at the Saints ground and the idea was to select a group of students from the Trust schools to make up an elite squad that will compete in higher level competitions. Hopefully starting next academic year we will be entering them into a cup competition and showing off our skills.

‘This year will give the students the opportunity to show talents in tournaments and local games to get the students to a good level of rugby as a team. It is about trying to build skill level and understanding. We have got 34 players and, as we only play 15 at a time, it gives us a large squad to pick from.

‘There is a really nice mix of students. Some have never played rugby before but the whole team are putting 100% effort in. They are all a credit and we have some real raw talent coming through, so I am looking forward to seeing how their skills and teamwork develop over the coming months.’

CTS PE teacher Mr Rogers said ‘This is a great opportunity for the students. We are a small school and although we have the core of a great rugby team, we often struggle to field a full squad and this has previously limited our ability to participate in rugby 7s.

‘The experience has allowed the students to learn from their peers and teachers in the Trust and has helped them to develop their performance.’

To view more photos from the event click here.