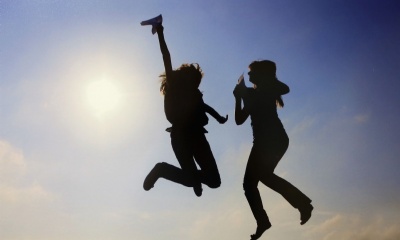 Government figures on secondary school performance, based on Progress 8 scores for the past two years, shows that The Brooke Weston Trust is the third most improved Multi-Academy Trust in the country.

The Progress 8 score tracks students to establish their level of progress, measuring their grades at the end of primary school with their GCSEs outcomes at secondary level. Using this measure as an indicator of performance The Brooke Weston Trust has significantly progressed up the league table for MAT performance. In 2016 it was ranked in the 95th percentile. This climbed to 66th percentile the following year and has now reached the 37th in 2018. The Brooke Weston Trust is now ranked 32 out of 85 MATS across the country with a Progress 8 score of 0.05.

The Trust’s Northamptonshire schools also put in exceptional performances, with Brooke Weston Academy ranked as the fourth top performing school in the county. Its ‘well above average’ Progress 8 figure of 0.61 also means that it is the top performing secondary school in Corby.

Corby Technical School returned a pleasing Progress 8 score of 0.18 and Kettering Science Academy achieved a significantly improved score of -0.14 compared to previous years, placing it as the third most improved school in Northamptonshire.

CEO Dr Andrew Campbell said: ‘This has been an exceptional year of results, both at Trust and school level. Not only has Brooke Weston Academy sustained its enviable record of delivering top outcomes for students in Northamptonshire, Thomas Clarkson Academy has also excelled in Cambridgeshire. Kettering Science Academy is clearly on the upward trajectory that the Trust and the senior leadership team have worked so hard to achieve.

‘Corby Technical School, which has a much smaller cohort than the others, has clearly demonstrated that it provides high-quality education in both academic and technical subjects. Our focus now is on securing this progress going forward and ensuring that all of our primary and secondary phase schools continue to deliver the high standards of education that have now started to become the norm for our Trust.’­­­­