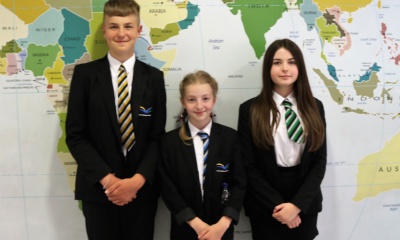 Well done to our team that won the Best Drink category in the recent Trust secondary Bake Off competition.

Our team comprised Tom and Abigail, both from Year 8, along with Year 7 Olivia. They produced a specialist vegan menu and enjoyed the process so much that they would like to enter the competition again next year.

The competition has been running for years and is co-ordinated by Trust Catering Manager Chris Lapsley. He said: ‘It has really been a good standard and each school is upping their game each year.’

Students from each school have been preparing for weeks for the challenge, staying on after lessons to bake different recipes and create a themed menu especially for the event. The teams had to create three desserts, two savoury items and a drink.

The teams had just four and a half hours to get their food prepared at the final, held at Thomas Clarkson Academy. Chris Stewart and Tim Laws from the Trust Central Team, along with Chris Lapsley and two catering suppliers were on the judging panel. They scored each item on consistency presentation and taste.

Tom said: ‘We finished really early so we only had to add the finishing touches after lunch. We felt quite confident. It is nice to learn how to cook and to have transferable skills, like working under pressure, being judged and facing constructive criticism.’

Abigail created ginger and rhubarb muffins and cheese scones. ‘We picked dishes that we knew we were good at to bake in the final.’

Olivia made vegan chocolate shortbread biscuits and jam tarts. ‘I enjoyed the baking because we have been doing it at school but it has been really intense because people get knocked out in the heats. I would love to be a world-famous chef or baker like Gordon Ramsay, it would be a huge achievement and I have always had a passion for baking.’

Teacher David Harley said: ‘We started with 15 students and have whittled them down with different challenges over the weeks. All of our students worked so hard. We went for a vegan menu because it is on trend at the moment so eliminating dairy products, eggs and milk added an extra challenge to the process. The students are well organised and have worked together well. They have been so independent in the classroom and follow the recipes exactly so it really builds their skills and confidence in the kitchen.’

To see a gallery of pictures from the event click here. 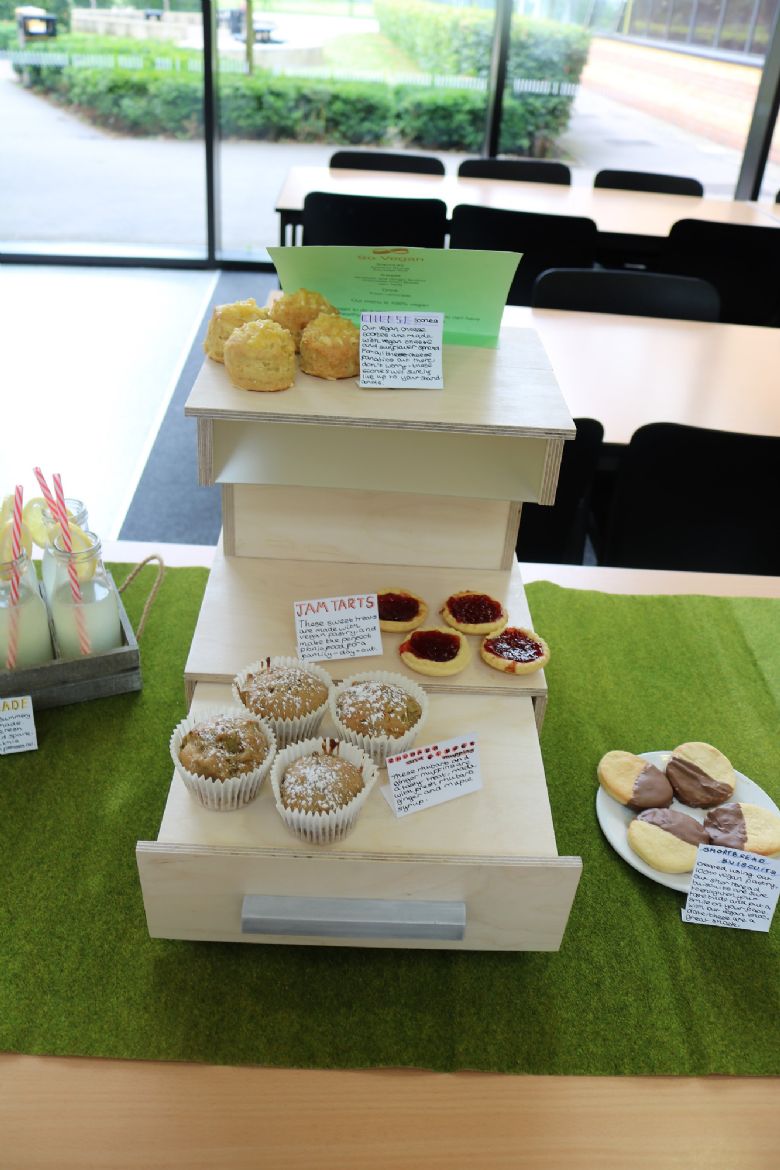