All smiles at CTS’s results day 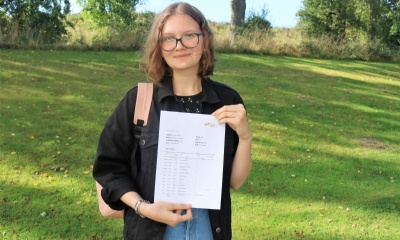 Students celebrated their GCSEs at Corby Technical School with many getting top grades and planning their post-16 studies.

There were many success stories across the day with the majority of students aiming for Sixth Form and university and planning diverse careers including architecture, the law and astrophysics.

Principal Angela Reynolds said: ‘It was a huge pleasure and privilege to welcome our amazing Year 11s into school to collect their results and the smiles on their faces said it all. I’d like to commend them for their positive attitudes over the past few months and I look forward to welcoming many of them back into our Sixth Form. Our students worked hard to achieve these results and today was a time to celebrate and reflect on their achievements. I would also like to pay tribute to the fantastic staff at Corby Technical School whose professionalism and dedication has allowed us to enjoy such a positive and celebratory day.’