Visions of a better world where people continue to make mistakes so they can learn from them have been eloquently described by our students. 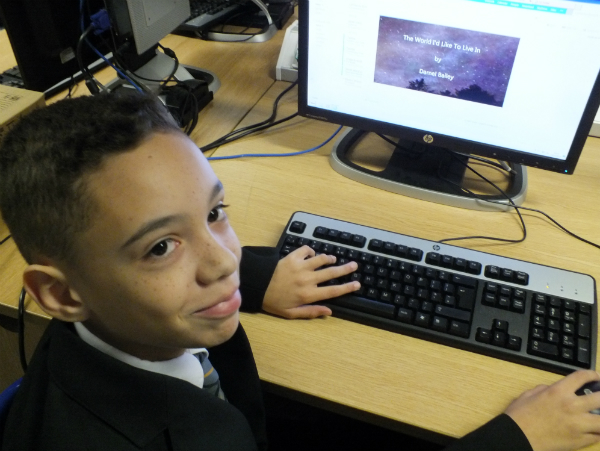 Visions of a better world where people continue to make mistakes so they can learn from them have been created by our students.
About 30 CTS students took part in a speech writing competition in which they were challenged to outline their version of an ideal world.
The winner of the competition was Year 8 pupil Darnel, whose favourite subject is English.
He said: "I entered the competition because I thought it was a good way to get across my views.
"I think everyone should be kind to one another and there shouldn't be people who are trying to take over the world - people should work together.
"At the end of the speech I said I thought this could happen in the future if we all stuck together.
"When it was announced that I'd won the competition I was on a trip and when I came back to school everyone was clapping me and I didn't know why.
"When I found out I'd won I was really surprised and happy."
CTS director of English, Markus Wilson, said: "Darnel took simple ideas and made them meaningful.
"He talked about hope and said he hoped that in an ideal world we would still make mistakes so that we could learn from them.
"It was a very well-considered speech."
Darnel received a £10 Amazon voucher and a DVD copy of The Great Dictator. He plans to spend his voucher on Christmas gifts for his family.
The two runners-up were Johnjoe from Year 7 and Christabel from Year 8 who were each presented with a £5 Amazon gift voucher.