A creative student who has set her heart on becoming a journalist has won her first writing competition. 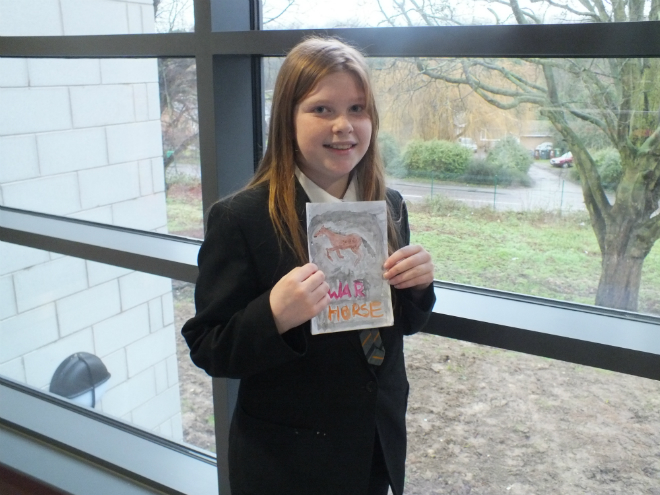 A creative student who has set her heart on becoming a journalist has won her first writing competition.

Year 8 student Paige came top in a competition in which students were asked to write a recommendation for a book of their choice.

The 12-year-old chose to write about one of her favourite books, War Horse by Michael Morpurgo, because she found it very moving.

She said: “I’ve read it a couple of times and I really like the story. In my review I wrote about what the story was about and how it made me feel.

“I was quite shocked when I found out I’d won the competition – it’s the first time I’ve won anything like this.

“I really enjoy English and I hope to become a journalist when I’m older.”

The competition was launched by Director of English, Markus Wilson, who was inspired to come up with the idea by the three books he always finds himself recommending.

He said: “We had a good number of entries and the quality of the pieces was very high.

“Paige won because her synopsis of the book was very descriptive and she worked hard on the presentation of her review too.”

Paige was presented with copies of Mr Wilson’s three favourite books – I, Lucifer by Glen Duncan, The Five People You Meet in Heaven by Mitch Albom and The Stand by Stephen King.

She said: “I’ve started reading The Five People You Meet in Heaven and it’s really good.”