An award winning young gymnast is preparing for her next big competition. 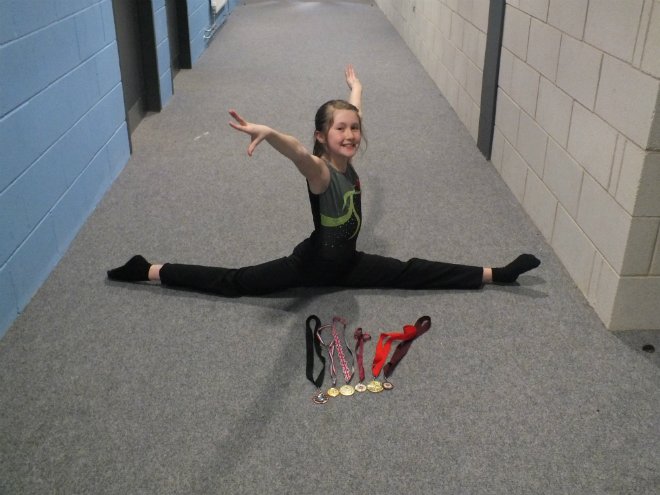 An award winning young gymnast is preparing for her next big competition.

Year 7 student Brize, 11, has been training with Corby Gymnastics Academy for two years and has so far won four gold medals and two bronze medals at various competitions.

She is currently rehearsing for her latest competition, which will be held in Spalding at the beginning of February.

She said: “I’m excited about my next competition.

“I’ve been practising really hard and I don’t feel nervous because if I don’t win I’ll still be proud of myself because I’ll know I’ve tried.”

Brize was introduced to the sport by her parents.

She said: “I was always on the move at home so Mum said I should try out gymnastics.

“My Dad was also a gymnast so he’s been giving me extra coaching.”

Her competition routine will include a round off flick tuck back which is similar to a back flip.