Our Year 7 students have created colourful jigsaws for young children. 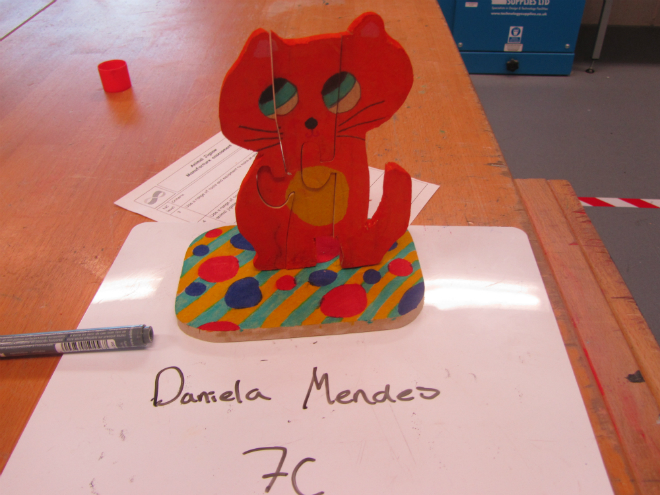 Our Year 7 students have created colourful jigsaws for young children.

The students were given a brief to create chunky  jigsaws for children aged between three and five which could be sold in charity shops.

They began by researching different charities and learning about health safety before moving on to designing and making the jigsaw.

Teacher Nigel Barrett said: “The jigsaws had to be for a young audience and had to include three pieces.

“They students had to learn about health and safety because they were making the jigsaws for a young age group and had to be aware of choking hazards.

“Some of the students made whales because my example was a whale but we also had cats, monkeys and seals.

“Some of the students were very creative and I’m pleased with what they’ve produced.”

The students are starting a new project today which will challenge them to make a nightlight which is light sensitive so it will come on when it gets dark.

To see more pictures of the jigsaws click here